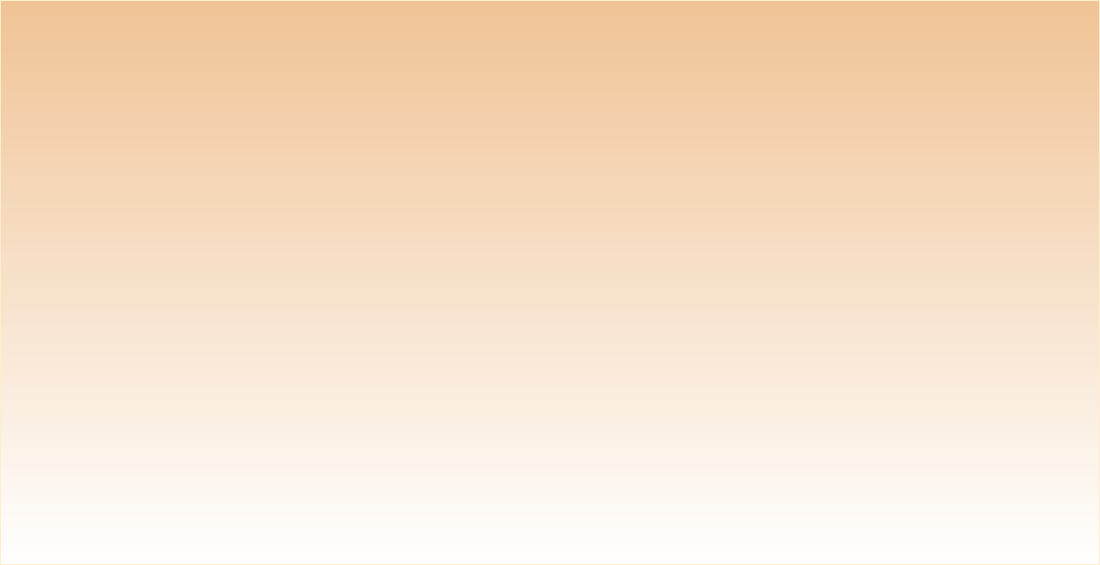 The Kitronik ZIP LEDs are addressable RGB LEDs which can be programmed to create any colour in the visible spectrum.  The add-on kit for the Inventor’s Kit contain two sticks of 5 LEDs and a ring of 12 LEDs.  The kit describes 10 experiments for controlling the LEDs and their colours.  The micro:bit program required to make each experiment work can be created using the Mr Bit ‘Plain English’ method and there is a simple editor for instructing ZIP LEDs.  The ready-made files below offer solutions for each experiment.  They may be downloaded directly into Insight Mr Bit, or you if download the free Mr Bit Lite, all the files are built-in and available.

1 - Switching an LED On and Off

Buttons A and B are used here to switch an LED on and off.  The ZIP stick has five RGB LEDs and the Mr Bit program specifies which ones get switched on.

Each button gives a different colour pattern.  The Mr Bit program specifies the colours and the pattern.

Download notes about the Mr Bit programs for the experiments

The colours move as you hold down a button.  You can check out the Mr Bit program to see how the colours and movement are specified.

Each time you press button A, the colour pattern changes.  Button B shows a spectrum of colours.  A right click in the program text panel shows all the Mr Bit instructions.

At the press of a button, an LED pattern shows for a set time of 2 seconds.  A right click in the program text panel shows all the Mr Bit instructions.

The BBC micro:bit has several sensors on board: the LED matrix can detect  light level and an accelerometer can detect the angle of tilt of the micro:bit.  The readings from these sensors are used to light up the LEDs on the ZIP sticks; the bigger the reading, the more LEDs light up.

7 - Spin Around the ZIP Ring

Each button gives the effect of an LED moving around the ZIP Ring.  The Mr Bit programs use the rotation options for moving the LEDs, clockwise and anti-clockwise.

The buttons each control a rotating pattern, but the brightness depends upon the angle at which the micro:bit is being held.  In Run mode, a click on the tilt box alters the tilt (roll) angle.

Define all five colours in a ZIP stick and make the patterns change every time a button is pressed.

Create several patterns of five colours and make them rotate in different directions round a ZIP stick. 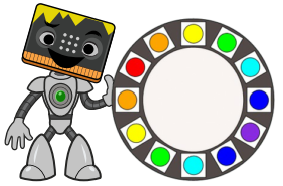 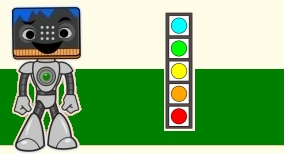 Create a sequence of colours alternating between two ZIP sticks as a button is pressed. 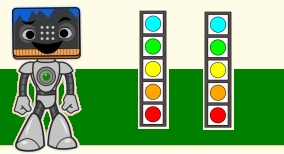 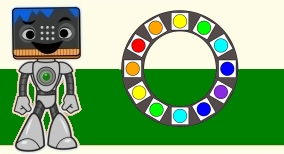 Control the brightness of the LEDs in two ZIP sticks so that the colours fade in and fade out.

8 - Colour chase in a ZIP ring

Make two sets of colours chase each other round the ring as the micro:bit buttons are pressed.

9 - Rainbow show in a ZIP ring

Make the 12 LEDs perform a sequence of a variety of flashing and movement operations using all the colours of the rainbow.